The Lincoln Martial Arts Club provides instruction in traditional Japanese martial arts including Karate, Kobudo, Tai Chi, Qi Gong, and Paqua. Karate training emphasizes self defense without the use of weapons. Kobudo training is instruction in traditional weapons. The curriculum trains students in both physical and mental disciplines to achieve the essential elements of physical fitness, self defense capability and the philosophical attitudes of self discipline, respect and compassion.

The overall direction of training is to teach elements of conflict resolution and the avoidance of physical confrontation. The programme stimulates and develops self confidence and teaches self control and respect for others. Karate instruction provides the student with the most effective and efficient method of self defense available. The Club follows the kyu belt system of ranking recognizing student development by varying colour belt levels starting at white and progressing through seven ranks leading to black belt.

Sensei Fraser began his martial arts training in Toronto, Canada studying Shito-Ryu Itosu-Kai karate under Kei Tsumura at the Japanese Canadian Cultural Centre in 1966. This was followed by Shotokan karate under Gary Posovad and Robert Hurst in Burlington, Ontario who were affiliated with Frank Wanatai (ISKF). 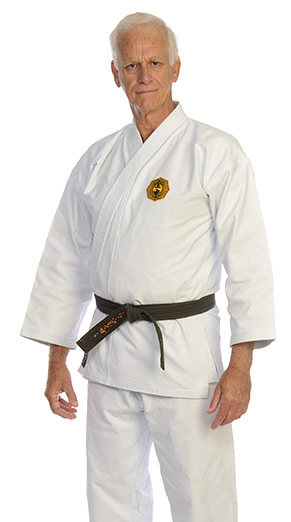